With the recent passing of Betty White, I was browsing around to see if she and Vincent had ever been involved in anything together and I found Betty White’s Pet Set. In episode 29 Betty was joined by Vincent and his pug Pansy Price, along with his co-star Jimmy the Raven. Vincent says that Prune was another possible name choice for his adorable pug so it’s a good thing he chose Pansy!

I haven’t really seen Betty in much else besides my beloved Golden Girls so this was fun to see since I am a huge dog lover. Plus it’s something new (for me) with Vincent!

Peter Fuller and Jenny Hammerton are still working on the new Vincent Price cookbook. It is now called Supper with the Stars. Look at this cover. It is beautiful! I cannot wait to see the end result. for more info, visit https://www.vincentpricelegacy.uk/.

On this day in 1911 Vincent Price was born. He may be known for his horror films but he was so much more than that. He truly loved life. He was intelligent. He loved people. He is a legend.

Once I found out that Jenny Hammerton and Peter Fuller were working on The Vincent Price Co*Star Cookbook, I knew I wanted to be involved somehow. I sent Jenny an email and told her I’d like to try a few recipes for the book. One had already been spoken for but she told me the mixed green salad was up for grabs and here we are!

I picked the salad recipe because I am vegetarian and I also knew it would be super simple! In all honesty I am not a fan of complicated recipes so I tend to stick to the more simple things. I was truly surprised at how tasty this salad turned out to be.

In A Treasury of Great Recipes, Vincent wrote: This is a simple green salad with a classic French dressing. We like to mix our salad greens for color, taste, and texture. The curly escarole, dark green romaine, and pale cucumber slices are a good combination here. For the dressing, you must experiment until you find the oil and the vinegar that suit you best, but these proportions are the tried and true ones.

The only substitution I made was switching out the escarole for a bag of spring greens. I couldn’t find escarole and mine turned out quite delicious so I imagine any kind of salad greens (my spring greens included radicchio) would work here.

This salad is full of flavor, especially after you add the dressing with the vinegar and dry mustard. I definitely recommend making it. I know I will return to this recipe many times.

After wanting to see The Whales of August for years now, I was finally able to see it last week. It stars Lillian Gish, Bette Davis, Ann Sothern, and our man Vincent Price.

I found it to be a sweet yet sad movie. Lillian Gish and Bette Davis play two sisters who have returned to their summer house in Maine. They are sisters but they also seem to sort of be enemies as well. Libby (played by Davis) also seems to be waiting to die while Sarah (played by Gish) tells her sister that she isn’t ready to die yet. They reminisce over days long gone, specifically their husbands. Libby is blind and she and Sarah take strolls in the beautiful garden and out to see the whales for which the movie is named.

Vincent enters in the form of a Russian gentleman named Mr. Maranov. He asks to fish near their house and later that day, he brings his catch over and they sit down together for dinner. Ann Sothern plays their upbeat friend.

I enjoyed The Whales of August. It was crazy seeing Lillian Gish, who was 93 at the time, in a movie filmed in the ’80s! I mean…this lady was a pioneer and a legend. It also marked a reunion between Vincent and Bette, 48 years after their first movie together, The Private Lives of Elizabeth and Essex.

Vincent was such a gentleman in this role. Every time one of the women entered the room, he would stand. In one scene, he bows and if I recall correctly, Sarah says he is one of the last men who still bows. I loved the scene where he gets the fish from the fridge and wonders if he can still prepare it like he did before. Knowing that Vincent was such a lover of food makes that scene fun.

Overall I am very glad I finally got to see this movie. I can finally check it off the list of Vinnie’s movies!

On January 15, 1966, Vincent Price came to Salem, Oregon for the opening of his Collection of Fine Art, which was created in partnership with Sears Roebuck and Co. I found the newspaper clipping via Vincent Price on Art . It is an incredible source for Vincent’s articles that were syndicated in newspapers from 1966 to 1969.

Needless to say, I was completely shocked when I saw that Vincent had come through Salem. It was twenty-three years before I was born and before I lived here in Salem, but just imagining him here is awesome.

Of course I had to go by the Bush House and take some photos (with some help from my husband). It was fun picturing him walking through those doors.

I can’t believe it’s been around five years or so since I last posted on this blog. I’m not even really sure why I stopped posting. VincentPriceMania always brought me joy and because of that, I am going to start talking about Vincent, his films, and his life again. It was always a simple project of love for me and that is what it will remain. I am excited to dust off this blog and do my small part to keep the legacy of Vincent alive.

Victoria Price is teaming up with the Edgar Allan Poe Museum for the Poe Film Festival, which takes place on Sept 23-24. Victoria will be introducing House of Usher. Other films include The Black Cat and 1928’s Fall of the House of Usher.

If you haven’t seen or heard already, Come into the Kitchen Cook Book is getting a new 2016 release. According to Amazon the date is November 16. I love the new cover. It’s classy and Vincent is on the cover with Mary and their friends. 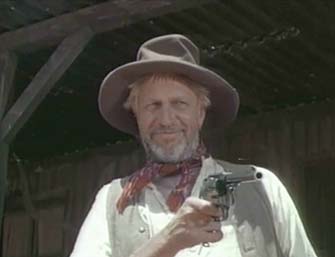 Victoria Price will be heading to London on September 20th for a one-night only presentation on Vincent’s life and legacy at the BFI Southbank. After the presentation, there will be a screening of the rarely-seen western The Jackals. If you haven’t already booked your ticket, they go on sale at 11.30am tomorrow (August 9).

Visit the link below tomorrow to get your ticket!